The Château Saint-Pierre de Mejans dates back to 1118 when the Benedictine monks lived on the estate and grew their own wine. The winemaking has continued for centuries, albeit a short period after the French Revolution where it was seized by the French government and transformed for a period of time into a silkworm factory.

The estate includes the castle with 8 bedrooms and several dining and communal areas, as well as a stone courtyard, The vineyard is comprised of 12 hectares of vineyards, an olive orchard, lavender fields, chickens, petanque court, two heated swimming pools, the wine cellar and the private farmhouse Mas de Puyvert with 4 bedrooms which can be rented separately or with the chateau.

Subscribe to our newsletter to get the latest news and offers from the esate.

A charming suite with its own living room/dressingroom. The Syrah room also offers a stunning view of the vines
and chateau gardens. 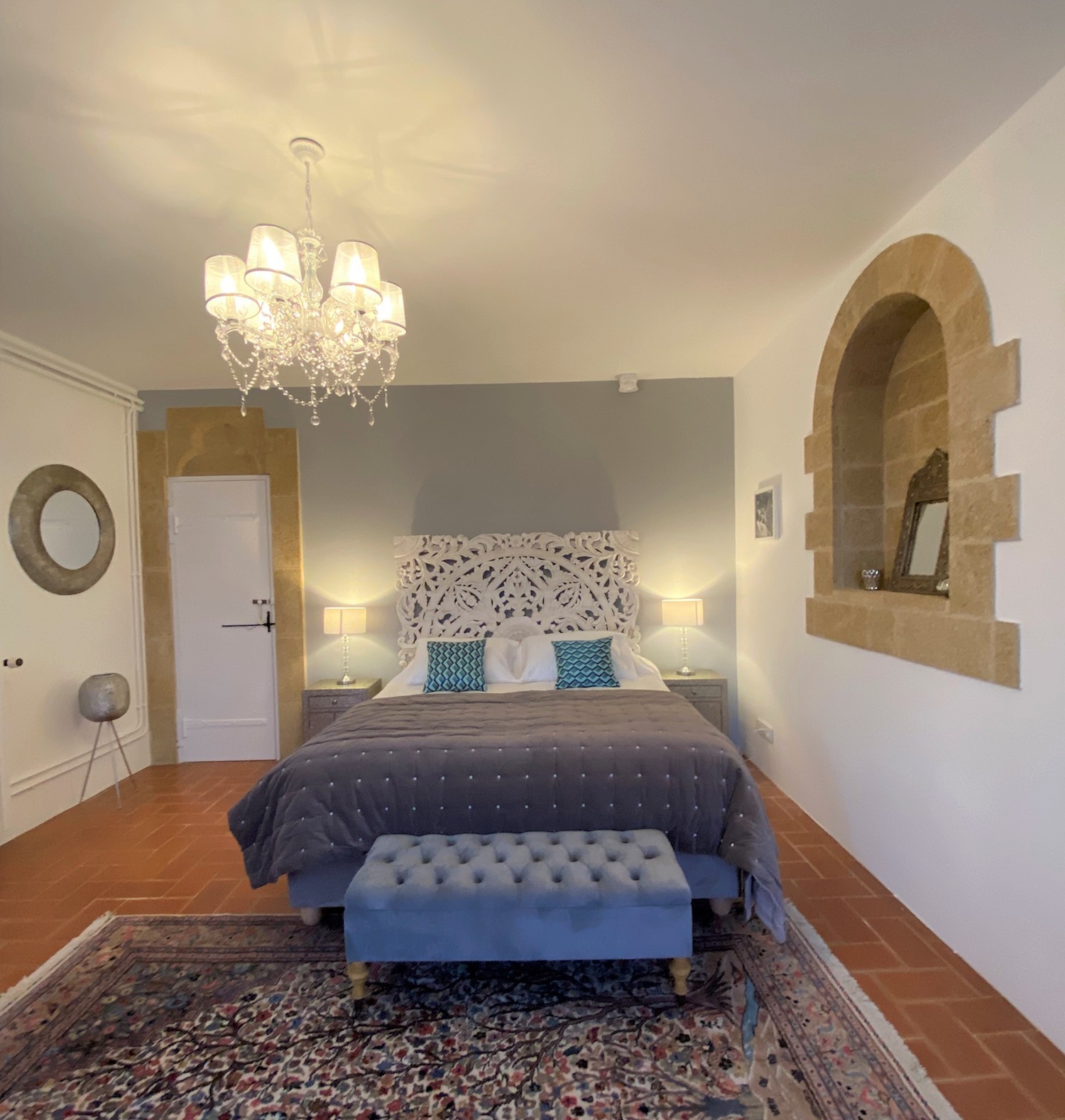 A stylish suite of almost 50 m2 which is located on the first floor of the chateau. You will be seduced by the majestic bathroom that is fit for a queen ! 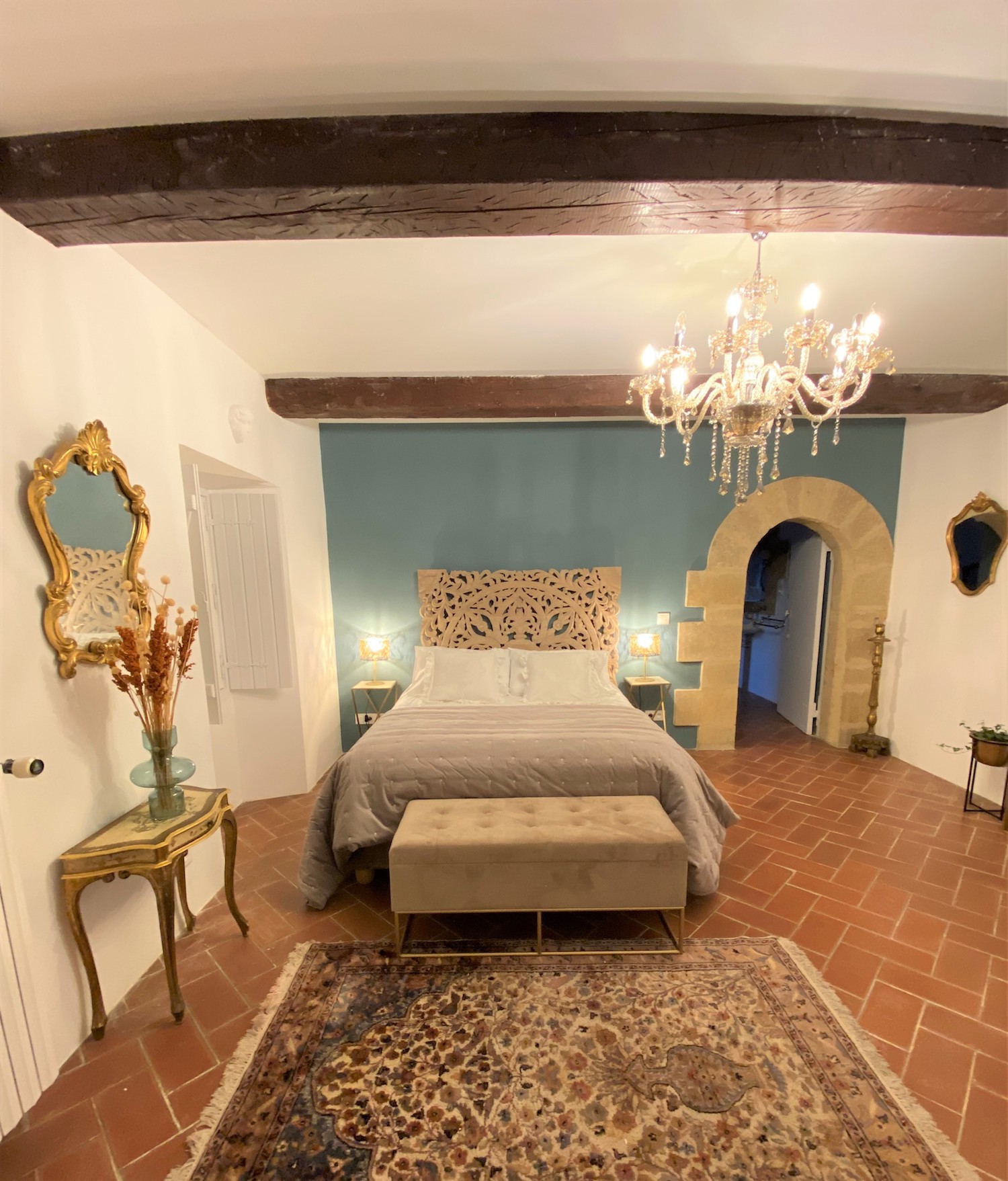 Decorated in the theme of the Luberon, this cosy bedroom of 32m2 offers a breathtaking view of the gardens of the Château and the vineyards of the estate. 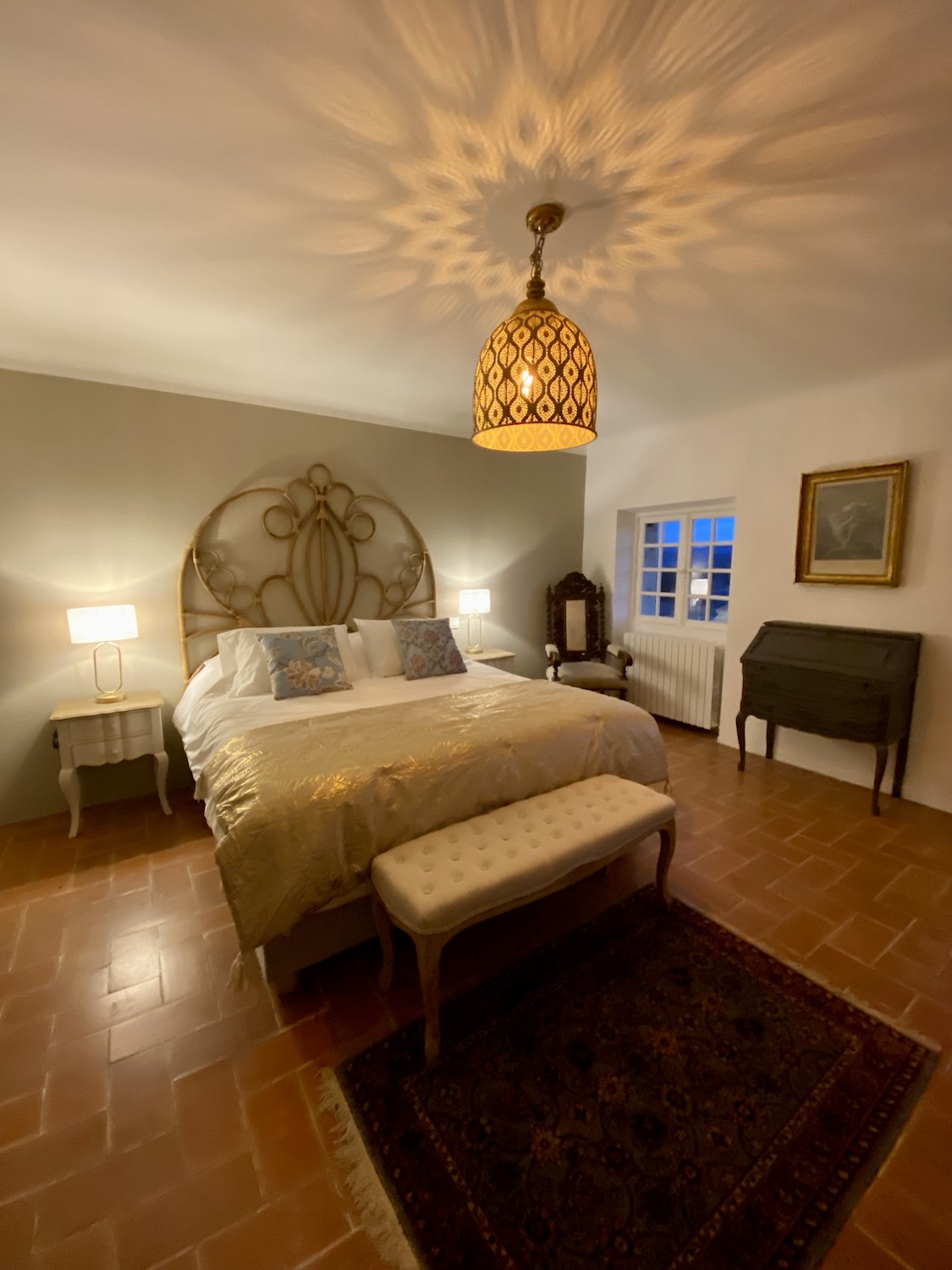 This spacious and charming bedroom of 26m2 overlooks the estate vineyards. Its vintage-style bathroom of 13m2 is unique and includes both a shower and bathtub. 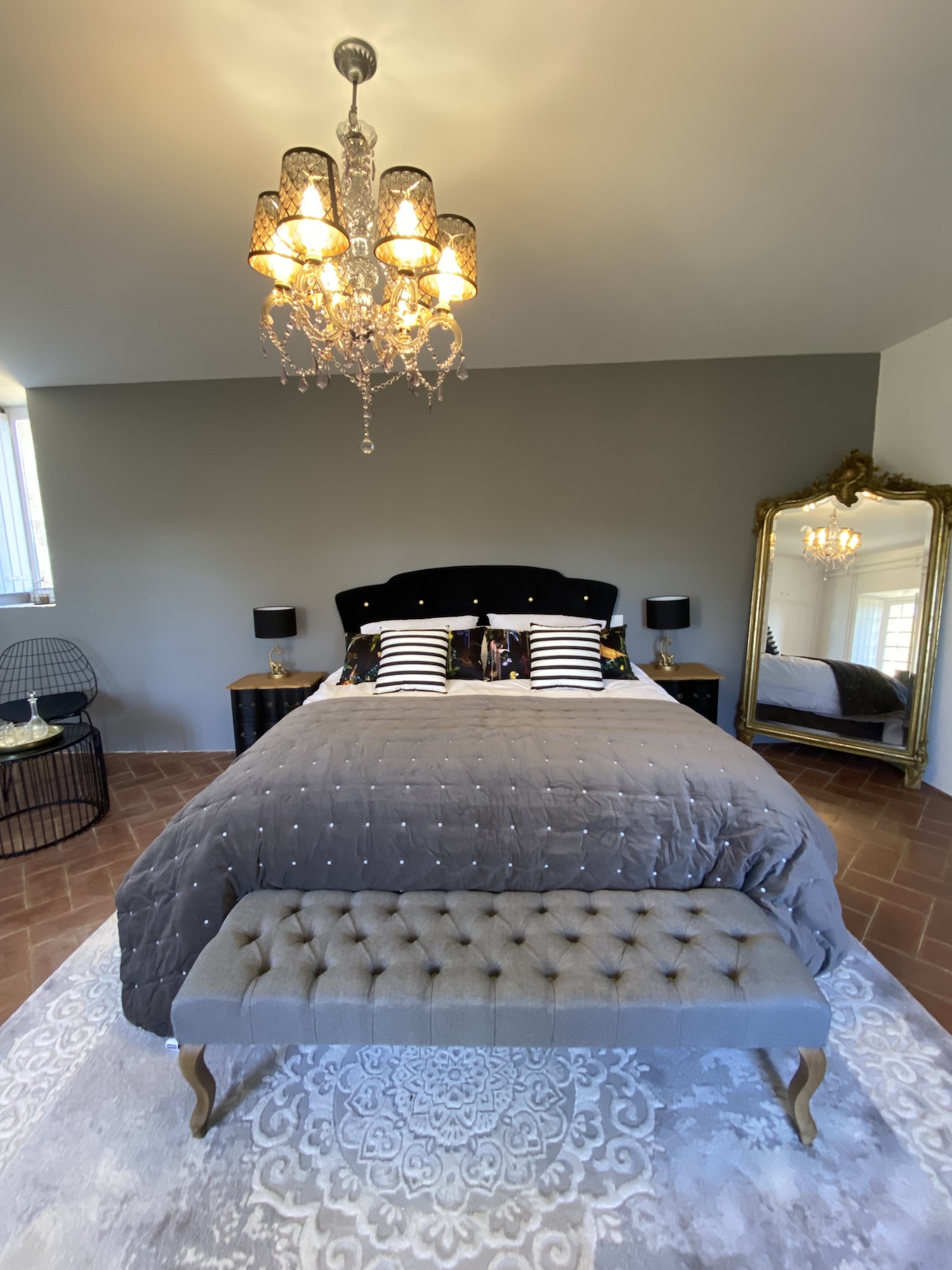 Private apartment of 80sqm with equipped kitchen, living room with sofa bed and dining room.
This private and bright place is on the first floor of the Château with a breathtaking view of the garden and the vineyards of the estate.

If you decide to cancel after registering for any reason, here is our cancellation policy :

• Full reimbursement 15 days before your arrival date.
• Full fees due within 15 days of your stay

If you have any further questions, please do not hesitate to contact us.

To request more information or reserve the estate